The Government has proposed changes to the regulations on whistleblowing in the Norwegian Working Environment Act. If the changes are approved, they will be relevant for a number of businesses.

The Government has proposed changes to the regulations on whistleblowing in the Norwegian Working Environment Act. The purpose is to clarify certain key terms, but the proposal also introduces new obligations on the employer.

In a recent White Paper issued by the Government, the Government follows up on most of the proposals made by the Whistleblowing Committee in spring 2018. The bill proposal implies among others that the contents of the key terms "censurable conditions", "responsible procedure" and "retaliation" are defined in the Act. The purpose is to make the contents of the terms more easily accessible to both employers and employees, and to ease the understanding of which conditions are encompassed by the whistleblowing regulations, the procedure for notification and the prohibition against retaliation. The definitions of the terms are based on current practice and do not imply any changes to the legal situation as such. It has also been proposed for the Working Environment Act to list non-exhaustive examples of censurable conditions, responsible procedures and acts of retaliation.

It is worth noting that the Government proposes to exclude notifications which concern the employee's own employment, such as salary complaints and personal conflicts etc., from the whistleblowing regulations, unless the conditions otherwise meet the standards of censurable conditions.

We recommend that the clarifications and examples set out in the Act are reflected in the company's whistleblowing policy.

Duty to act and of care 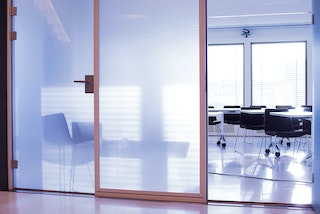 The Government proposes editorial changes in the Act to reflect that the practical main rule is that businesses which regularly employ more than five employees have a duty to establish a written whistleblowing policy. We note that such policy must be prepared in cooperation with the employees and their representatives.

Furthermore, a suggestion was made that the employer's procedure for handling notifications is described in the whistleblowing policy. The requirement must be read in conjunction with the employer's duty to act, and the policy must allow for a competent and responsible process which is equipped to create trust among the involved. The Government assumes that the policy should therefore as a minimum describe the deadlines for investigations, implementation of measures and potential response to the whistleblower, as well as such other relevant information which would contribute to provide information and guidance to the involved.

The current right to compensation for non-economic loss on an objective basis in the event of retaliation is maintained with a proposal to clarify in the Act that when determining the level of compensation, particular emphasis should be placed on the nature and severity of the retaliation. This is a continuation of the current situation.

The Government will review the possibility of granting power to either the Dispute Tribunal or Discrimination Tribunal to determine cases concerning retaliation in whistleblowing cases.

At the present a date has not been set for when the proposal will considered by the Norwegian Parliament.