Close to forty Thommessen associates have enjoyed a placement in the London office since 2010. The office is headed by Resident Partner Lars Eirik Gåseide Røsås, and he has two to three associates seconded to London at any given time. One-year London placements are offered to one associate from our transactions department at a time. Besides, one to two associates from other departments will be on six-month placements.

Linn joined Thommessen in 2016, after completing an LL.M. at the University of Minnesota. She had the London office in her sights already before applying.

The London placement offered to Thommessen associates has most definitely made the firm an even more attractive employer for me. Linn Andrea Nordhus
Senior Associate

Thommessen keeps two apartments in central London, and one of these was made available to Linn for a full year. Although she was some distance from her colleagues in Oslo, her duties in the London office were quite similar to what she was used to.

- Despite being stationed in London, I have worked on projects I would also have been involved with if based in Oslo, in addition to projects with Lars Eirik (Resident Partner). Working from two different offices has not been an obstacle to project dialogue and collaboration, and I have been in contact with my colleagues in Oslo throughout. The main difference from working in the Oslo office is probably the networking opportunities offered by the way we do business in London, explains Linn.

A key attraction of having a London presence is meeting clients and other law firms one would not necessarily get to know in Norway. A typical working week may include anything from lunch with associates in other firms to major industry events in the evenings.

- I got to experience a much stronger networking culture in London than I was used to from Norway. Joining events with a focus on mingling and networking is an integral part of working in London. Inviting associates from other firms for a business lunch is par for the course. The networking exposure one gets at the London office is a unique experience one would not have at associate level back in Norway, says Linn, adding that associates in London also have time for enjoying the metropolis outside working hours. 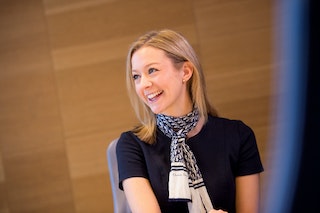 - There is ample scope for exploring London when not at work. There is always something to do in London, says Linn.

Our London office has served as an important international market gateway for more than three decades. One of its key functions has been as a place of learning for associates.

Read more about the Thommessen Academy.